The store will not work correctly in the case when cookies are disabled.
Get Up to 40% OFF New-Season StylesMenWomen * Limited time only.
Skip to the end of the images gallery 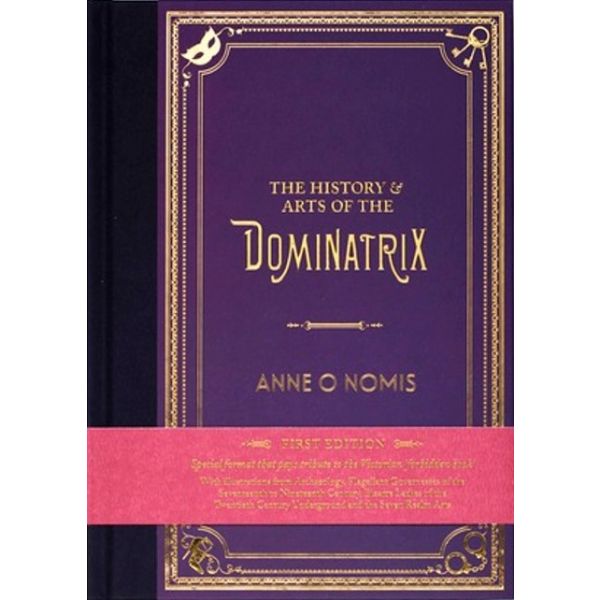 Skip to the beginning of the images gallery

The Toybag Guide to Basic Rope Bondage by Jay Wiseman

It is a book that needed to be written, bringing light to subject matter that was difficult to track, due to the delicacy of its nature in in past times. Nevertheless, the author has obtained that which exists about the profession through various channels, which are explained within the book. This information makes the book all that more appealing to me! It is also wonderful to know that this information has been compiled in such a way, to now exist within libraries.

The author studied comparative art and archaeology in London and works as an historian, consultant and curator on contemporary and ancient art. She also undertook training in one of Australia's leading dungeons under the tutelage of some 15 Dominatrices, and pursued independent research in the British Library, Bristish Museaum and underground scene over a four-year period.

These books come plastic sealed to protect their beautiful covers and content.

The authors name is a play on words. She will be heading our way later this year to give a talk about the book. We will advertise this event when a date is set, so keep an eye on our events page.

"Elusive author Nomis sheds light on a mysterious underground world in this fascinating exploration of female dominatrices...It is obvious that Nomis dedicated years of research to compile an engaging, sympathetic history of a well-concealed subculture. The book provides exciting commentary on shifting attitudes toward sex, female power, and female sexuality across different time periods and regions, complete with dazzling visual aids and artifacts." (Library Journal Review)

"A book which shows all facets of this profession (or calling)...All has been thoroughly researched and evidence-based and the result of this is an easy-to-read and recognizable book that will appeal to the interested... Highly recommended and fun to go with this book back in time to Mistresses such as Kitty from Rotterdam, and Bea from Amsterdam, or read more about the legendary Monique von Cleef." (Massad Magazine)

Reviews
Write Your Own Review
Only registered users can write reviews. Please Sign in or create an account